Hudson River Events, People and Places from A to Z


America's First River: Bill Moyers on the Hudson "It's quite a river, the Hudson, flowing from near the Canadian border down past New York harbor to the Atlantic... And it's quite a story we report in AMERICA'S FIRST RIVER, from the American Revolution to the epic battle between Jack Welch, former Chairman of General Electric, and people up and down the Hudson who fought him tooth and toenail over PCBs dumped in the river by GE."

Books: On-Line Many out of print books or hard to find articles. Free to read on-line!

Boscobel The house was completed in 1808 for the States Dyckman family and is widely regarded as one of the finest examples of Federal architecture in the country.

Catskill Archive A great site for the history of hotels, railroads and towns in the Catskills.

Clermont Established in 1728, this 500 acre historic site is the former estate of Robert Livingston, Jr.

Croton Point Tales of life at "Interwasser" woven with world-famous wine, brickmaking and War of 1812 watermelons.

Delaware and Hudson Canal This engineering feat of pre-industrial America brought a new form of energy from the hills of Pennsylvania to the Hudson River.

Henry Hudson: His Life and Voyages 400 years ago, Hudson, sailing into the mouth of a wide river near today's New York City (later named the "Hudson" River), was unsuccessful at finding a way to the Orient. He then was arrested in England for sailing under another nation's flag.

Historic Hudson Valley Visit manors, mansions and a church in a network of historic sites in Sleepy Hollow Country.

The Hudson: The River That Defined America A new website on Henry Hudson's arrival, the Dutch settlement and the River today with image galleries and video interviews! 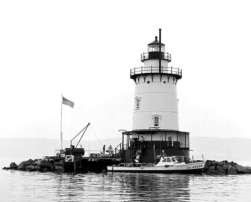 Hudson River Maritime Museum The only museum in New York State exclusively preserving the maritime history of the Hudson River, its tributaries, and the industries that developed around it.

A Hudson River Portfolio (NO LONGER AVAILABLE) Prints, maps, photographs, guidebooks, histories and literature from the 19th century have been scanned and organized for the student, scholar and general audiences. Material is from the collections of the New York Public Library (Webmaster Note: What a shame! This wonderful resource has been removed from the NY Public Library website.) 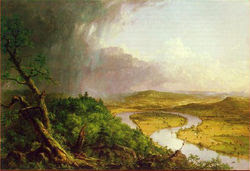 Hudson River Valley Heritage One of the best Hudson Valley history sites on the Web. Provides online access to historical materials such as atlases, newspapers and photos.

Rosendale Natural Cement was used in the construction of the Brooklyn Bridge, the pedestal of the Statue of Liberty, the wings of the U.S. Capitol, the Washington Monument, Grand Central Terminal and the Croton Aqueduct.

Slabsides Learn about the rustic cabin where John Burroughs wrote some of the essays that made him America's foremost nature writer of his time.

Stony Point Tour the Battlefield and Lighthouse. This is a NY State Historic Site.

Theodore Roosevelt Read about his famous trip from the source of the Hudson (Lake Tear of the Clouds) to the White House.

Virtual History Tour of the Upper Hudson Region A River Runs Through It, edited by Rebecca Haynes

West Point Foundry The site was chosen as one of four federally-subsidized foundry sites by President Madison in 1812. The "Parrot Gun" was made here in the 1860s and shot farther and more accurately than any other weapon at the time. It is credited for helping the Union Army win the Civil War.